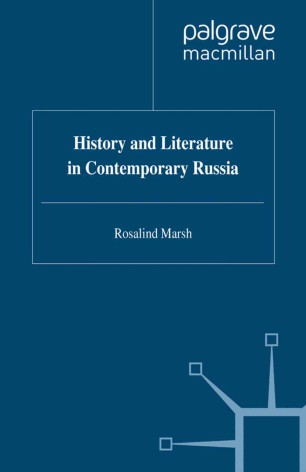 History and Literature in Contemporary Russia

Since 1985 Russia has experienced a dramatic cultural and social revolution. Rosalind Marsh presents the first study encompassing one important aspect of this process, that is the major part which literature has played in reassessing the past, transforming public opinion, and hence in promoting political change in Russia. She provides a chronology of literary politics in this period, and analyses the content and influence of newly published literature on a variety of historical themes, including Stalin and Stalinism, Lenin, the Civil War, the February and October Revolutions and the fall of Tsarism. She explores the heated moral and political debates inspired among different sections of Russian society by the works of many authors, including Rybakov, Solzhenitsyn, Grossman, Bunin and Gorky.