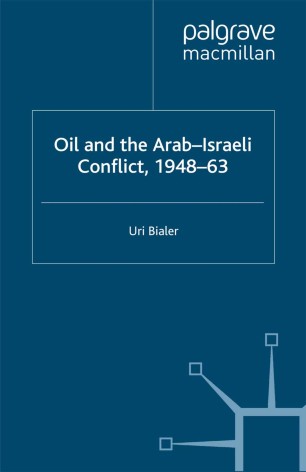 Bialer focuses on Israel's attempts to ensure a regular oil supply in the first decade of it's existence. He reveals that its main problems derived from the context of the Arab-Israeli conflict which categorically influenced the stand of governments and international oil companies who held the keys to decision making. The author provides an analysis of the reciprocal relations between Israel and these players and clarifies the unique method which the state adopted in attempting to secure its oil supply.

Uri Bialer is Professor of International Relations at Hebrew University in Jerusalem.

'This fascinating and intriguing book rightly claims to contribute to the field of international political economy. It describes and analyzes in considerable detail Israel's oil diplomacy during the first fifteen years of statehood, and the extremely adverse circumstances under which the country's energy suppliers were procured. At the time, petroleum was the only practical source of energy for Israel's rapidly growing population and its expanding and modernizing economy.' - Nachum T. Gross, EH. NET