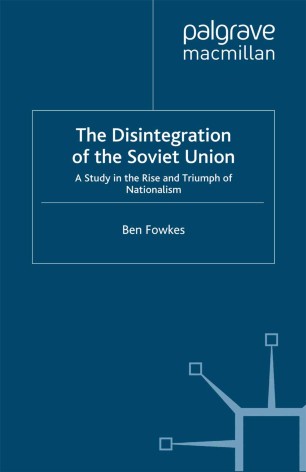 The Disintegration of the Soviet Union

A Study in the Rise and Triumph of Nationalism

This book tells the dramatic story of the unexpected disintegration of the Soviet Union. The author draws on a wide range of sources to illustrate the growth of national awareness among the many subject peoples, partly promoted by the actions of the communists themselves. He concludes that, the efforts of Mikhail Gorbachev to reform the state he initially controlled, undermined and eventually destroyed the mechanisms that held the non-Russians in check.