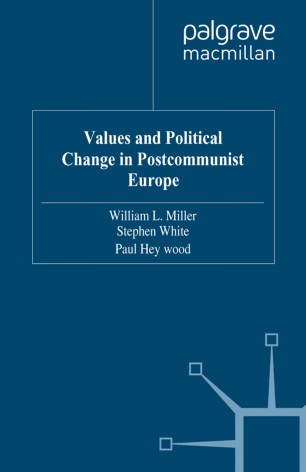 This is a book about political values - socialist, nationalist, liberal and democratic values - in five former communist countries: Russia, Ukraine, Hungary, Slovakia and the Czech Republic. Based on eleven surveys involving extended interviews with 7350 members of the public and 504 Members of Parliament it provides an authoritative account of the extent to which politicians and the public in East Central Europe and the Former Soviet Union have rejected communist ideals and adopted nationalist and/or liberal democratic values.