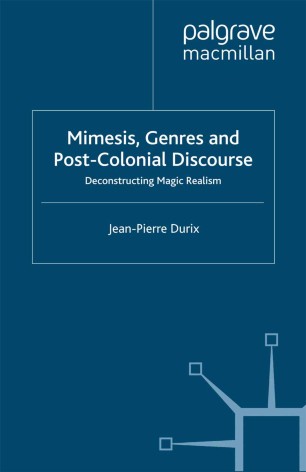 Through a broad-ranging survey of the allegory, utopia, the historical novel and the epic in post-colonial literature, Jean-Pierre Durix proposes a critical reassessment of the theory of genres. He argues that, in the New Literatures which are often rooted in hybrid aesthetics, the often decried mimesis must be viewed from a completely different angle. Analysing texts by Gabriel García Márquez, Salman Rushdie, Alejo Carpentier, Wilson Harris and Edouard Glissant, he pleads for the redefinition of 'magic realism' if the term is to retain generic relevance.

Jean-Pierre Durix is Professor of English at the University of Bourgegone at Dijon, France.