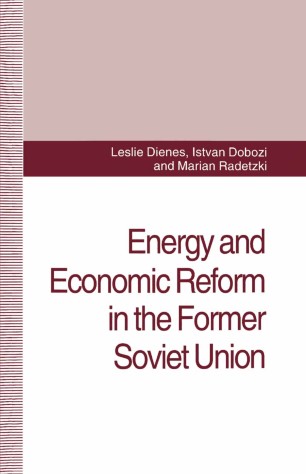 Energy and Economic Reform in the Former Soviet Union

Implications for Production, Consumption and Exports, and for the International Energy Markets

This book provides a succinct account of what may happen to the energy sector in the former Soviet Union in the medium- to long-run under alternative scenarios for macroeconomic reform. The analyses reveal the serious damage of the oil resource base caused by the reckless exploitation practices of the past. Production of oil and coal can recover only slowly from the doldrums of the early 1990s, but the potential to expand gas output is very considerable. Energy consumption practices have been extremely wasteful in the past. The total savings potential that could be accomplished as energy prices are allowed to rise, and incentives to economise on energy use are introduced, is huge. The analysis of production, and consumption prospects is disaggregated by major republic. The likely evolution of FSU energy exports until 2005 is also explored, and the impact that changing export flows could have on the international prices of oil, coal and natural gas, is discussed in detail.