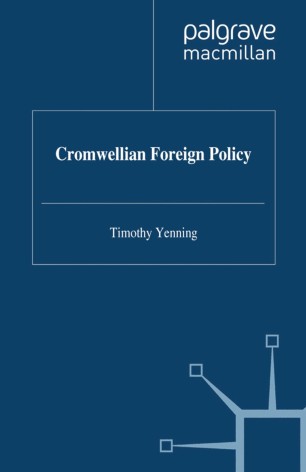 The Protectorate's foreign relations are among the most misunderstood aspects of a little-known period of British history, usually seen as an interlude between regicide and Restoration. Yet Cromwell's unique political and military position and current European conflicts enabled him to play a crucial role in international affairs, playing off France against Spain and arousing Catholic fears. Financial and security problems determined the nature of Cromwell's policies, but he achieved great influence among his neighbours in five turbulent years Until recent studies the Protectorate has been regarded as a political cul-de-sac lying uncomfortably between regicide and Restoration. Its foreign relations presented outdated 'Elizabethan' hatred of declining Spain, neglect of rising French and Dutch power, and excessive admiration of Protestant Sweden. A close study of Cromwell's domestic and international position in 1653 casts new light on his problems and successes, restoring pragmatism above religious idealism as the determining factor despite Cromwell's undoubted miscalculations. It is to his credit that England's international prestige stood at its highest during the century in 1658, helped by his unprecedently powerful (though expensive) armed forces. Despite unpopularity and subversion at home, and a narrow base of support, Cromwell utilised the Franco-Spanish war to auction his services between them, obtained England's only Continental foothold after 1558, and pressed his claim as leader of European Protestantism at a time of renewed religious tension.

TIMOTHY VENNING is a freelance researcher and writer. He was awarded a doctorate in 1992 from King's College, London, for his work on Cromwellian diplomacy