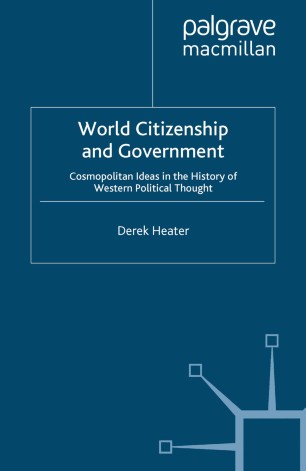 Cosmopolitan Ideas in the History of Western Political Thought

The Stoics, Dante, the philosophers of the Enlightenment, H.G. Wells, world federalists, would-be reformers of the United Nations, and many others have all thought, albeit in very different ways, in cosmopolitan or world terms. This book traces the history of western political thinking about world citizenship and the world state. It analyses the manifold forms in which the basic concept of a world polity has been expounded and shows that, despite objections to the very notion and its failure to be implemented, it still remains a potent ideal.

DEREK HEATER was formerly Dean of the Faculty of Social and Cultural Studies at the then Brighton Polytechnic. He is the author of, among other books, Peace through Education: The Contribution of the Council for Education in World Citizenship, The Idea of European Unity and Citizenship: The Civic Ideal in World History, Politics and Education.