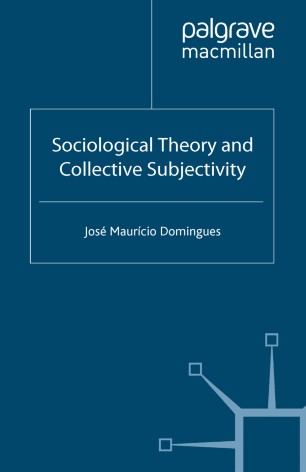 The main theme of this book is collective subjectivity, analysed especially in connection with the work of Marx, Parsons, Giddens and Habermas, but also addressing the manifold tendencies of sociological theory, from its inception to the present. The book supports the idea that there is a conceptual shortcoming in the most relevant contemporary research programs in sociological theory, despite some recent efforts to re-develop concepts of collective actor, class or social movement. After the fragmentation of the sixties a number of synthetical approaches emerged. Some writers, such as Touraine, Laclau and Mouffe, Olson, Coleman, Hindess, Mouzelis and Eder have proposed some versions of concepts of collective subjectivity, focusing on collective actors, classes, genders, social movements, organisations and collective utilitarian action. But they do not, in terms of general conceptual construction, go further than Parsons and Marx: they often fail to match their original formulations. The concept of collective subjectivity is introduced to bring together these diverse approaches, which are synthesised and receive a more general definition. Moreover, this new concept is directly linked to those contemporary syntheses.