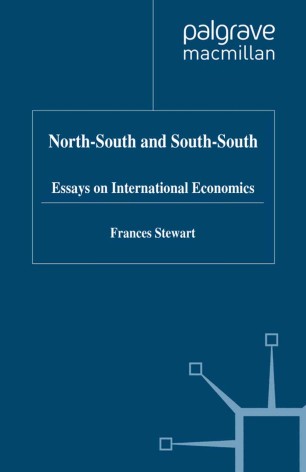 '...an important and timely contribution to the study of South-South economic relations. It provides a cogent and detailed analysis...'-Henock Kifle, South Letter '...provides some interesting insights into the determinants and consequences of South-South trade.'- Frances Stewart, The World Economy 'This comprehensive, incisive work....represents both historical depth and topical breadth. ....This well-written analysis makes an important contribution to development studies, including development economics and development geography.'- Georges G. Cravins, The Journal of Asian Studies These essays explore interactions between North and South and South and South in trade, technology and finance, focusing on the interests of the South, and particularly the poor. The 'conventional' neo-classical approach is shown to have many theoretical deficiences, the consequences are often harmful to Southern interests, while the poor are neglected. The author concludes that the South should adopt a bargaining approach to N-S negotiations and urges for closer South-South relations in trade, technology and finance.

Frances Stewart is Emeritus Professor of Development Economics, Emeritus Fellow of Somerville College and Director of the Centre for Research on Inequality, Human Security and Ethnicity (CRISE), University of Oxford, UK. Among many publications, she is the co-author of UNICEF s influential study Adjustment with a Human Face and author of Horizontal Inequalities and Conflict . She has directed a number of major research programmes including several financed by the UK Government s Department for International Development and has served as Chair of the United Nations Committee on Development Policy.