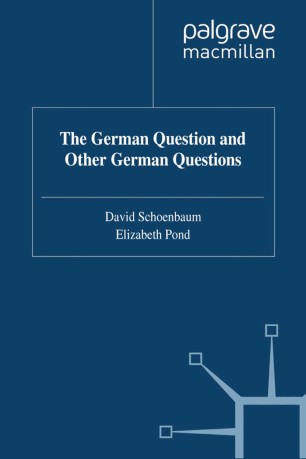 `...a most significant addition to the literature on its subject.' - Roger Morgan, Professor of Political Science, European University Institute, Florence An unconventional overview of a new and normal Germany fifty years after World War 2 and five years after unification. The authors address the challenges of ageing and migration to a tangled national identity; their impact on a cautious yet resilient society, and an inertial yet dynamic economy; and the frequently surprising ways Germans have learned to cope with one another, redefine and pursue their interests, and deal with a changing world after two dictatorships, two world wars, and one cold war.