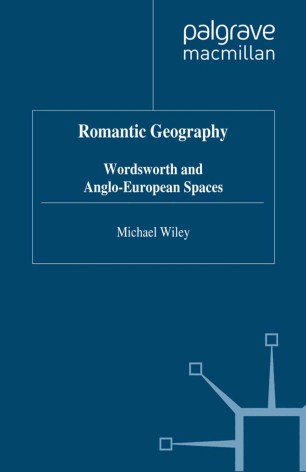 Grounded in historical sources and informed by recent work in cultural, sociological, geographical and spatial studies, Romantic Geography illuminates the nexus between imaginative literature and geography in William Wordsworth's poetry and prose. It shows that eighteenth-century social and political interest groups contested spaces through maps, geographical commentaries and travel literature; and that by configuring 'utopian' landscapes Wordsworth himself participated in major social and political controversies in post-French Revolutionary England.

MICHAEL WILEY is Lecturer in English at DePaul University in Chicago, USA.

Romantic Poetry influenced some of the Victorian geographers, as David Craig showed in Native Stones. And Romantic aesthietics, it could be argued, aided the subjection of place to space, helped abstract the local into a universal scheme. But this is not the argument of Michael Wiley's excellent book...Wiley is a perceptive and persuasive close-reader of poetry...Throughout, he quietly and impressively demonstrates how Wordsworth's lines resonated in the particular contexts of their times...Always clear, often elegant, Wiley throws shafts of light on Home at Grasmere, the 1802 sonnets, The Excursion and Tintern Abbey....he resists eary generalisation and provides the kind of unexpected detail that refocues debate...Not least among the virtues of Wiley's enjoyable book is its modest reminder that events other than the French Revolution shaped the politics and aesthtics of Romanticism.' - Fim Fulford, The Wordsworth Circle

'His book is an important contribution to the critical effort to re-situate Wordsworth in his historical and political context.' - John Haydn Baker, Times Literary Supplement