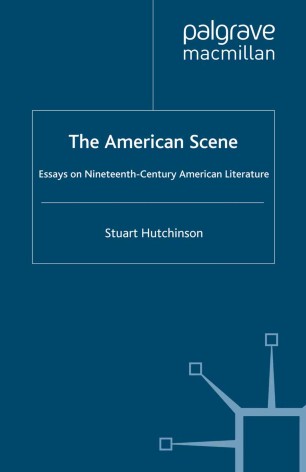 The American Scene considers major texts of nineteenth century American literature: The Leatherstocking Tales, Poe's fiction, The Scarlet Letter, Moby-Dick, Leaves of Grass, Dickinson's poetry, Huckleberry Finn, James's The American Scene. It sees these works as attempts to articulate relationships between the self and the New World. The indeterminacy of the relationships is expressed in the formal instability of the works themselves. In these respects, nineteenth century American literature is shown to offer a striking contrast to comparable English literature.