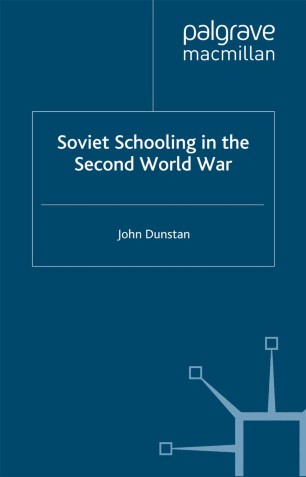 This is the first western book on the subject of wartime Soviet schooling. Its theme is set against the background of Soviet educational history and the events preceding and characterising the Great Patriotic War of 1941-45. It considers how the war affected the already problematic organisation of schools and their formal curriculum content, and examines their enhanced role as socialising agents. It will appeal to historians, educationists and all interested in the impact of war on civilian populations.