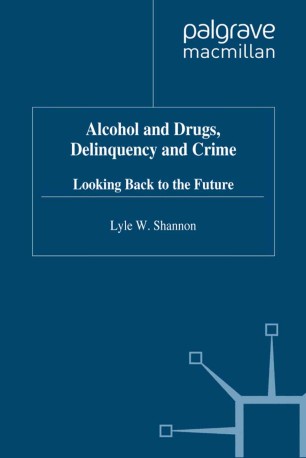 Alcohol and Drugs, Delinquency and Crime

Looking Back to the Future

A longitudinal birth cohort study of juvenile delinquency and adult crime among 4079 persons living in Wisconsin from age 6 to early adulthood. Data on police contacts and their dispositions were obtained from the police department and other agencies and other data were obtained by interviewing samples of the 1942 and 1949 cohorts. The 1955 Cohort data were brought up to 1989, recoded, and reanalyzed to determine the importance of alcohol and drug involvement in criminal career continuity.

LYLE W. SHANNON is Professor Emeritus of Sociology and Director of the Iowa Urban Community Research Centre at the University of Iowa. His ecological and longitudinal studies of delinquency and crime commenced at the University of Wisconsin in Madison where he was a Professor in the Department of Sociology from 1952 to 1962. His work has appeared in professional journals, monographs, and in edited volumes since the early 1950s. Among his books are Minority Migrants in the Urban Community: Mexican-American and Negro Adjustment in Industrial Society, Criminal Career Continuity: Its Social Context and Changing Patterns of Delinquency and Crime.