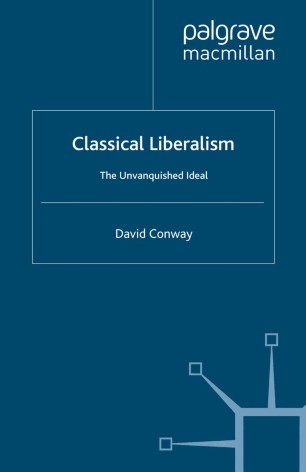 `The author's concise and erudite exposition makes the book highly relevant to the study of liberalism and ideologies. Recommended for political scientists, economists, philosophers, and for all levels of students and faculty.' - R.J. Vichot, Florida International University This book restates and defends the classical liberal case for minimal government, arguing that such government would best advance human well-being in all societies. The classical liberal ideal is defended against its main contemporary opponents, taken to be modern welfare liberals, communitarians, and conservatives. These variously oppose minimum government in the names of equality, community, and the need for states to retain the patriotic allegiance of their citizens which conservatives maintain minimal government is unable to do.