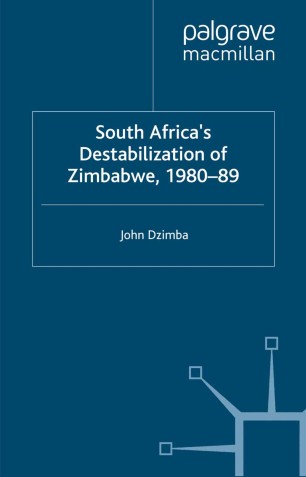 South Africa's Apartheid regime saw Zimbabwean independence and black majority rule in 1980 as a major threat to its interests, security and regional hegemony. John Dzimba explains how and why Pretoria sought to destabilise Zimbabwe and other front line states, examining the successes and failures of destabilisation against Zimbabwe's economic and political vulnerabilities and attempted responses. He shows why P.W. Botha's crisis ridden regime had to drop the policy in 1989.