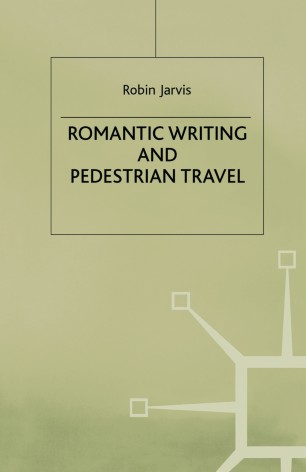 Romantic Writing and Pedestrian Travel is an exploration of the relationship between walking and writing. Robin Jarvis here reconstructs the scene of walking, both in Britain and on the Continent, in the 1790s, and analyses the mentality and motives of the early pedestrian traveller. He then discusses the impact of this cultural revolution on the creativity of major Romantic writers, focusing especially on William and Dorothy Wordsworth, Coleridge, Clare, Keats, Hazlitt and Hunt. In readings which engage current debates around literature and travel, landscape aesthetics, ecocriticism, the poetics of gender, and the materiality of Romantic discourse, Jarvis demonstrates how walking became not only a powerful means of self-enfranchisement but also the focus of restless textual energies.

ROBIN JARVIS is a Principal Lecturer and Head of Literary Studies at the University of the West of England, Bristol. He previously taught at Lancaster University and King Alfred's College, Winchester. His publications include Wordsworth, Milton and the Theory of Poetic Relations and (as co-editor) Reviewing Romanticism.