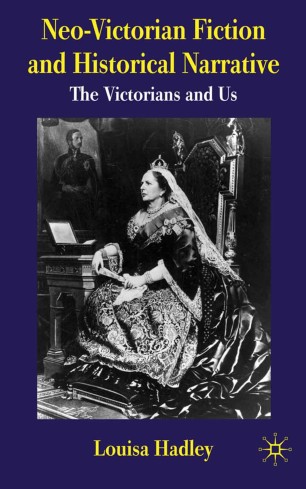 The Victorians and Us

LOUISA HADLEY has also worked at Grant MacEwan College and Concordia, University College of Alberta where she taught a range of literature courses. She has published The Fiction of A. S. Byatt (Palgrave 2008) and co-edited the collection Thatcher& After: Margaret Thatcher and her Afterlife in Contemporary Culture (forthcoming, Palgrave Macmillan, August 2010).

Louisa Hadley's timely and useful study engages with the expanding field of neo-Victorianism by returning us to issues of historicity, Victorian understandings of the relationship between fiction and historical narrative, and the rewriting and reinterpretation of these concepts in late-twentieth century and contemporary culture. The value of Neo-Victorian Fiction and Historical Narrative: The Victorians and Us lies in its attentiveness to neo-Victorianism within the larger field of heritage debates from the Thatcherite 1980s onwards, and also the wider cultural relevance of the core questions asked here: 'Why the Victorians? Why Now?' Through canonical neo-Victorian texts by A. S. Byatt, Michele Roberts, Graham Swfit and Sarah Waters but also more recent interventions like Julian Barnes's Arthur& George and popular genre fiction like Colin Dexter's Morse mystery The Wench is Dead , Hadley makes a sound case for contemporary writers' sophistication in their exploration of the need to transform the Victorians rather than merely mimic or pastiche them. - Dr Mark Llewellyn, University of Liverpool, UK; Consultant Editor to Neo-Victorian Studies and co-author (with Ann Heilmann) of Neo-Victorianism: The Victorians in the Twenty-first Century, 1999-2009 (2010).