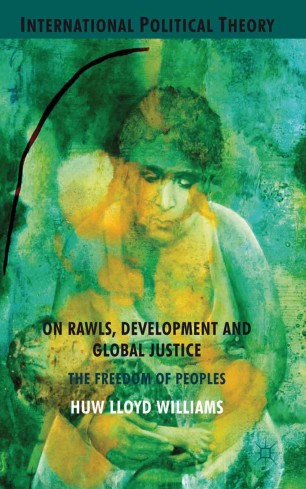 On Rawls, Development and Global Justice

The Freedom of Peoples

John Rawls' text The Law of Peoples has inspired extensive scholarly debate in the field of international political theory, since its publication in 1999. Responding to the arguments of cosmopolitan theorists and Amartya Sen's recent critique, this new work presents a fresh appraisal of the debate, and argues that Rawls offers a persuasive and prescient moral perspective on issues of global poverty and development. By elaborating one of Rawls' core ideas, 'the duty of assistance', the book offers a unique theoretical response to the ideal of global justice. The duty is presented as a far-reaching principle of justice, one that advocates increasing the state capability of burdened societies, and aims to compel the most powerful states to reform international structures and provide aid, in a constructive and culturally sensitive manner. The aim of assistance is the strengthening of democratic, or 'decent' indigenous institutions and the promotion of the freedom of peoples. On Rawls, Development and Global Justice is an original contribution to current debates on international redistribution, democracy promotion and global poverty.