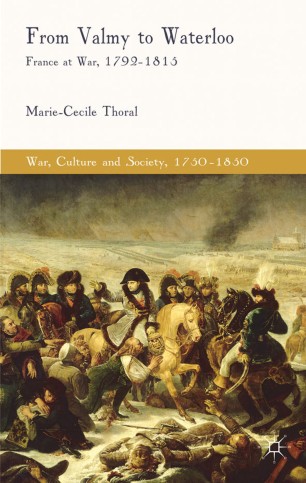 From Valmy to Waterloo

Drawing on a wide range of primary sources, this book investigates the everyday human experience of the Revolutionary and Napoleonic wars by French military and civilians, the impact of these wars on the French nation and society, and the rise of a new kind of war in the West at the turn of the nineteenth century.

MARIE-CECILE THORAL is Senior Lecturer in Modern International and European History at Sheffield Hallam University, UK. Previously she taught at Coventry University and held a post-doctoral Research Fellowship in Modern History at the University of York from 2006 to 2008, in the research project 'Nation, Borders, Identities: The Revolutionary and Napoleonic wars in European Memories,' funded by the AHRC.