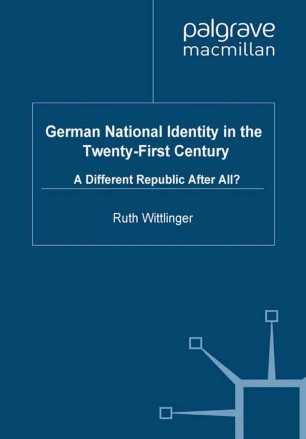 A Different Republic After All?

Wittlinger takes a fresh look at German national identity in the 21st century and shows that it has undergone considerable changes since unification in 1990. Due to the external pressures of the post-cold war world and recent domestic developments, Germany has re-emerged as a nation which is less hesitant to assert its national interest.