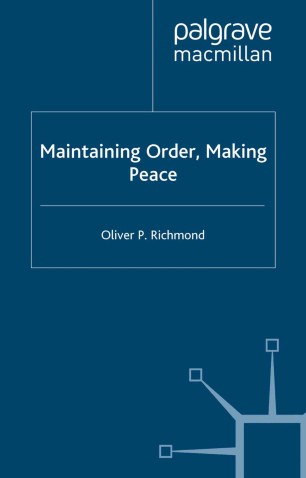 This study explores three generations of approaches to ending conflict and examines how, in the context of the failings of the Westphalian international system, their peacekeeping, mediation and negotiation, conflict resolution and peacebuilding approaches as well as UN peace operations, and asks via an empirical and theoretical analysis, what role such approaches have played and are playing in replicating an international system prone to intractable forms of conflict.

OLIVER P. RICHMOND is a Lecturer in the Department of International Relations at the University of St Andrews. His book, Mediating in Cyprus was published in 1998. He has also co-edited two volumes, The Work of the UN in Cyprus and The UN and Human Security. He has published several articles on ethnic conflict, security, the UN and different aspects of making peace.