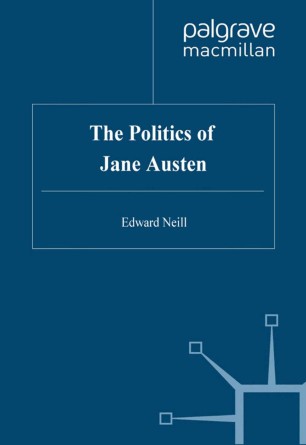 The Politics of Jane Austen

Jane Austen is a formative influence on how we think about 'England' and 'Englishness', about class, ideology and gender issues. But the critical convoy for 'Jane', as she is patronizingly styled, aligns her with conservative views which her texts entertain - but don't finally sign up for. In fact, as Edward Neill points out in this devastating new study, it is possible to show that 'Tory Jane' is largely illusion, and that much traditional critical effort has been fundamentally misdirected. This exhilarating book seeks to 'liberate' the reading of Jane Austen by offering a very different critical inflection from those of traditional critical appropriations.

EDWARD NEILL works as a Senior Lecturer in the School of Humanities and Cultural Studies at Middlesex University. He has published widely on Modernist poetry, Thomas Hardy, Jane Austen, and many other topics in a wide range of journals.

Readers who share Neill's enthusiasm for television will enjoy his animated discussion of recent TV versions of Austen's novels. Studies in English Literature