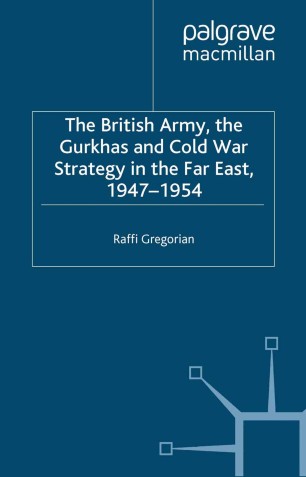 This book argues that postwar Britain's 'imperial over-extension' has been exaggerated. Britain developed and adjusted its defence strategy based upon the perceived Communist threat and available resources. It was especially successful at adapting to meet the strategic and resource challenges from the Far East from 1947-54. There British and Gurkha forces were deployed only in contingencies that threatened vital British interests, while the U.S. and Commonwealth allies were persuaded to accept key wartime missions, thus preserving Britain's ability to fight in Western Europe.