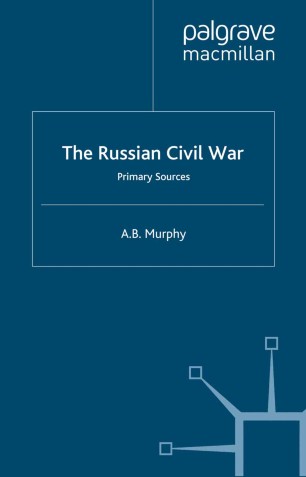 Translated documents from Russian archives give fresh insight into the Russian civil war, a struggle whose outcome defined much of the history of our time. Areas covered include Soviet relations with the Don Cossacks, the problems of securing supplies for the Red Army, the issues of disloyalty of the two successful cavalry commanders, Colonel Mironov and Sergeant Budyonny as well as a selection of documents from White sources. Alongside those giving an overview of Soviet strategic planning, a good proportion of these documents come from much more humble sources allowing the reader to feel directly the emotions, the faith, the zeal - and sometimes the deceit - of people living through those crucial years.