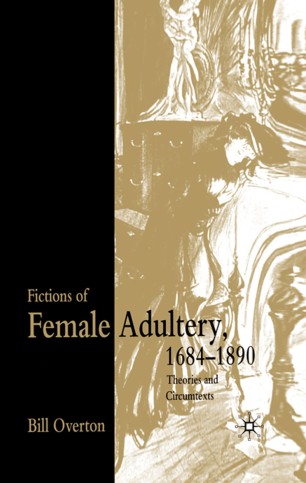 Women's adultery provides many of the plots that run through nineteenth-century European fiction. This book discusses how novels of adultery have been theorized, argues its own theoretical perspective, and analyzes two 'circumtexts' of the fiction of female adultery: its pre-history in eighteenth-century Britain, and its decline during the Naturalist period in France. It is the first dedicated study of the theory of the novel of adultery, and of the representation of adultery in earlier British and later nineteenth-century French fiction.

BILL OVERTON is Reader in Literature at Loughborough University. His most recent publications include The Novel of Female Adultery: Love and Gender in Continental European Fiction and A Letter to My Love: Love Poems by Women First Published in the Barbados Gazette, 1731-1737. He has also written articles and reviews in journals including Critical Quarterly, Modern Language Review and Women's Writing.