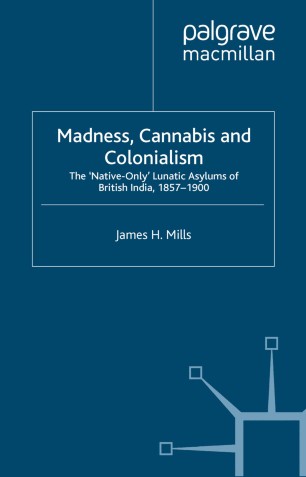 This fascinating, entertaining and often gruelling book by James Mills, examines the lunatic asylums set up by the British in nineteenth-century India. The author asserts that there was a growth in asylums following the Indian Mutiny, fuelled by the fear of itinerant and dangerous individuals, which existed primarily in the British imagination. Once established though, these asylums, which were staffed by Indians and populated by Indians, quickly became arenas in which the designs of the British were contested and confronted. Mills argues that power is everywhere and is behind every action; colonial power is therefore just another way to assert control over the less powerful. This social history draws on official archives and documents based in Scotland, England and India. This book is essential reading for anyone interested in history, sociology, or the general interest reader.

'...the book benefits from its sophisticated examination of knowledge, power and agency.' - Journal of Colonialism and Colonial History