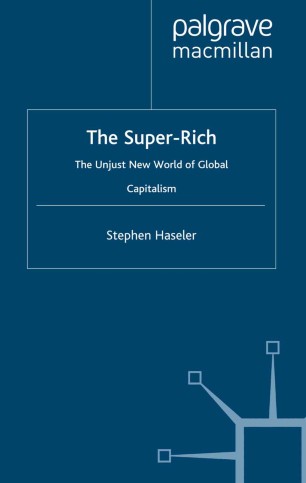 In The Super-Rich , Stephen Haseler describes the dangerous growing tensions caused throughout the West by the triumphant new global capitalism. In a book for students of politics, economics and sociology, and the general reader, he outlines how a new global super-rich caste has emerged during a period in which the traditional 'middle-class' is facing serious insecurity and income loss. He argues that this new super-rich capitalism, if not balanced by a renewal of the state and community, will not only destroy politics and governance, but democracy as well, and he shows exactly how the European Union, and other embryonic 'regional' super-states, can combat these excesses of globalization, and restore a more 'social democratic' society.