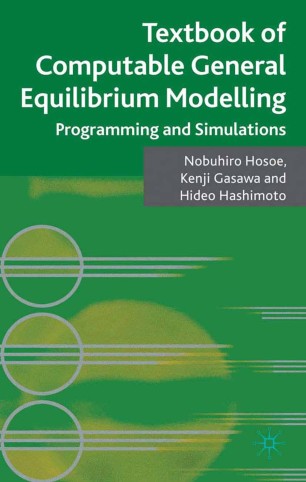 NOBUHIRO HOSOE earned a Ph.D. in Economics at Osaka University and has been an associate professor at Japan's National Graduate Institute for Policy Studies since 1999. He has developed computable general equilibrium models and other simulation models to empirically investigate impacts of trade liberalization and regulatory reforms in public utilities.

KENJI GASAWA has been a researcher at Research Institute, National Rehabilitation Center for Persons with Disabilities since 2001. He has analyzed the effects of social security expenditures on social welfare using computable general equilibrium models and other simulation models.

HIDEO HASHIMOTO is Professor Emeritus of Osaka University, and has been engaged in economic analysis of developing countries at the World Bank for more than ten years, using various macroeconomic models. He has also taught development economics at Osaka University