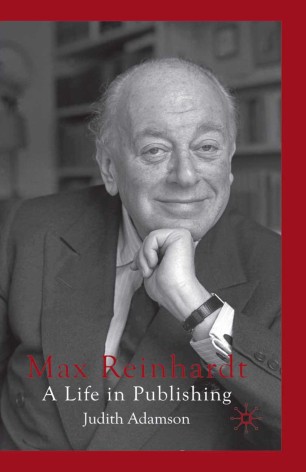 Max Reinhardt: A Life in Publishing

Reinhardt owned The Bodley Head from 1957 to 1987, and smaller publishers like The Nonesuch Press and Reinhardt Books. This account of his life contains stories about his authors, among them Graham Greene, G.B. Shaw, Charlie Chaplin and his actor friends, illuminating the trajectory of British publishing in the second half of the twentieth century.