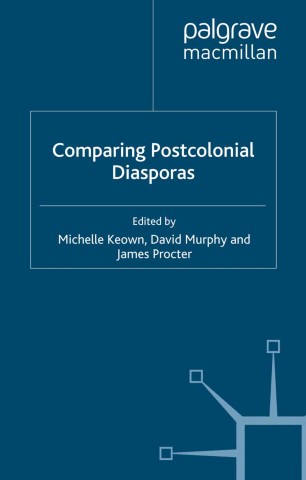 Bringing together a group of intellectuals from a number of disciplines, this collection breaks new ground within the field of postcolonial diaspora studies, moving beyond the Anglophone bias of much existing scholarship by investigating comparative links between a range of Anglophone, Francophone, Hispanic and Neerlandophone cultural contexts.

MICHELLE KEOWN is Senior Lecturer in English Literature at the University of Edinburgh, UK, specializing in postcolonial literature and theory, particularly that of the Pacific. She has published widely on Maori, Pacific and New Zealand writing, and is the author of Postcolonial Pacific Writing: Representations of the Body (2005) and Pacific Islands Writing: The Postcolonial Literatures of Aotearoa/New Zealand and Oceania (2007).

DAVID MURPHY is Professor of French at the University of Stirling, UK. He has published widely on African literature and cinema, as well as on the relationship between Francophone studies and postcolonial theory. He is the author of Sembene (2000), and is co-author (with Patrick Williams) of Postcolonial African Cinema (2007).