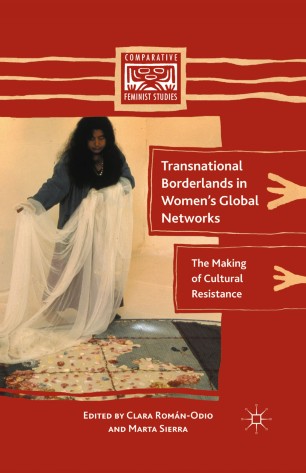 The Making of Cultural Resistance

Transnational Borderlands: The Making of Cultural Resistance in Women's Global Networks investigates the implications of transnational feminist methodologies at multiple levels: collective actions, theory, pedagogy, discursive, and visual productions. It addresses a substantial gap in the field of transnational feminisms; namely, the absence of a voice that links social and theoretical outcomes to the politics of representation in literature, visual art, discourses of rights and citizenships, and pedagogy. The book encompasses three categories of relevance to contemporary transnational methodologies: the politics of cultural representation in literature and visual art, the de-centering of human/women's rights, and pedagogies of crossing and dissent. Given current interest in the cultures of globalization and the role women and other minorities play in them, we expect this book will appeal to scholars in the fields of Women's and Gender Studies, Borderlands Studies, Transnational Studies, and to anyone interested in how transnational processes shape a culture of resistance in women's global networks.

Clara Román-Odio is Professor of Spanish and Latin American Literature and Director of Latino/a Studies at Kenyon College, USA.

“‘Transnational Borderlands is a book about the intricate connections between local and global sites that women occupy in transnational networks’ … . The broad spectrum of this volume will appeal to scholars in the fields of Women’s and Gender Studies, Transnational Studies, Latin American and Middle Eastern Studies, and to anyone interested in the intersection between activism and globalization.” (Enrique Ávila López, Letras Femeninas, 2015)