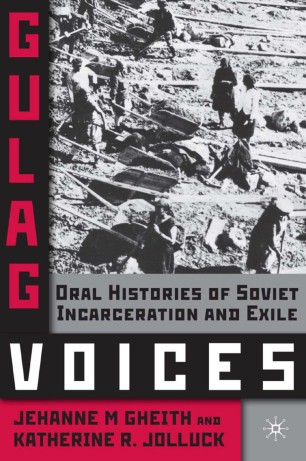 In this volume, the powerful voices of Gulag survivors become accessible to English-speaking audiences for the first time through oral histories, rather than written memoirs. It brings together interviews with men and women, members of the working class and intelligentsia, people who live in the major cities and those from the "provinces," and from an array of corrective hard labor camps and prisons across the former Soviet Union. Its aims are threefold: 1) to give a sense of the range of the Gulag experience and its consequences for Russian society; 2) to make the Gulag relevant to English-speaking readers by offering comparisons to historical catastrophes they are likely to know more about, such as the Holocaust; and 3) to discuss issues of oral history and memory in the cultural context of Soviet and post-Soviet society.