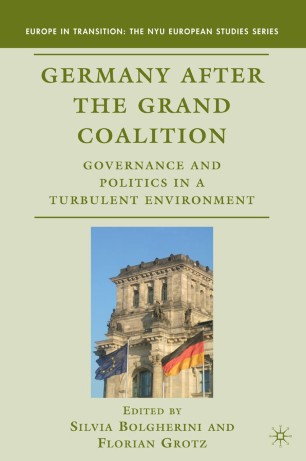 Germany after the Grand Coalition

Governance and Politics in a Turbulent Environment

In Germany, Grand Coalitions of the two major parties - the Christian Democrats (CDU/CSU) and the Social Democrats (SPD) - generally have a bad reputation. Hence, the CDU/CSU-SPD government under Angela Merkel (2005-2009) was neither the parties' nor the citizens' preferred choice, its performance was seen quite critical from the outset, and it was finished without further ado after the 2009 federal election. Has the Grand Coalition 2005-2009 been a single episode or rather a turning point for German politics? This book provides a retrospective of the first Merkel government, an analysis of the 2009 election and an account of its prospective consequences.