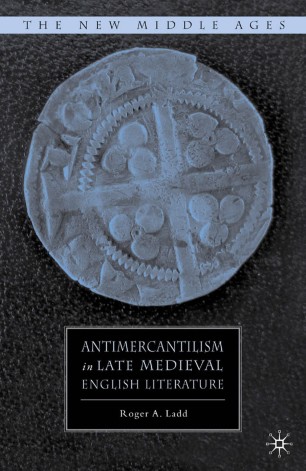 This study explores the relationship between ideology and subjectivity in late medieval literature, documenting the trajectory of antimercantile ideology against major developments in economic theory and practice in the later Middle Ages.

ROGER A. LADD is Assistant Professor of English at University of North Carolina at Pembroke, USA.

"Ladd has provided us with a clear and thorough overview of merchant attitudes found in literature in the Late Middle Ages. This is an important foundational reading that now allows us to set off with all sorts of interesting questions." - The Medieval Review

"Ladd s is the first fresh re-thinking of the roles merchants play in late medieval English writing in at least forty years - if not the first ever to do so systematically and comprehensively. There are many dots to connect in the story he wants to tell, and his scholarly range abets him to link nearly all into a persuasive narrative drawn from the historical record and the literary canon. What he seeks in the authors he scrutinizes - some great, like Chaucer, Gower, and Langland, some anonymous or only dimly known, like the writers of the York cycle of mystery plays - is the presentation of the true mercantile voice, unfiltered through established (and hence distorting) lenses. Ladd s readings are even-handed, original and, time and again, spot on. Few will pick up this book and put it down uninformed." - RF Yeager, University of West Florida