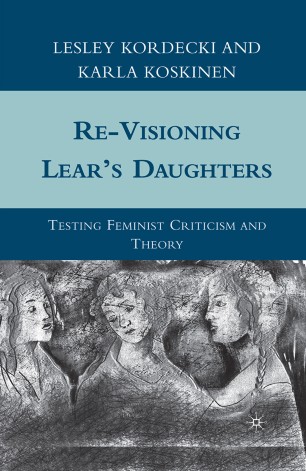 King Lear is believed by many feminists to be irretrievably sexist. Through detailed line readings supported by a wealth of critical commentary, Re-Visioning Lear s Daughters reconceives Goneril, Regan, and Cordelia as full characters, not stereotypes of good and evil. These new feminist interpretations are tested with specific renderings, placing the reader in precise theatrical moments. Through multiple representations, this unique approach demonstrates the elasticity of Shakespeare s text.

Lesley Kordecki is Professor of English at DePaul University. Karla Koskinen is Associate Professor of Directing at the University of Alabama, Birmingham.

"This is a valuable book with a wonderful variety of options for putting Lear into production." - CHOICE

"Re-Visioning Lear s Daughters acknowledges the creativity of writers and critics who have made King Lear a new play for modern times. It tracks the dynamic interaction between feminist critics and female performers and provides a model for future collaboration in the material practice of the stage. In the wake of Adrienne Rich and other feminist pioneers, Kordecki and Koskinen have re-visioned the play as it now appears to a world in which none are to blame and all is forgiven. " - Kate McLuskie, Director, The Shakespeare Institute

"What better place to test feminist criticism and theory than in Shakespeare s extraordinary presentation of Lear s three daughters? Kordecki and Koskinen explore new possibilities of feminist interpretation with a series of readings that are both literary and theatrical. Shakespeare emerges as a true feminist, not the misogynist of many critical readings but one who sees deeply into the complexity of human feeling and invites us as readers and audience not to accept too easily the utterances of those male characters of the play who long to dissociate themselves from female sexuality." - David Bevington, Phyllis Fay Horton Professor Emeritus in the Humanities, University of Chicago

"Readers will find much to argue with in this book.And that s both its point and its achievement.Re-Visioning Lear's Daughters means interrogating conventional performance decisions, disturbing settled readings, offering challenging production choices - thatwill themselves be interrogated, disturbed, challenged.Shakespeare s Lear is told to See better. For Kordecki and Koskinen, seeing better means opening your eyes to different performance possibilities." - Carol Chillington Rutter, Professor of English and Comparative Literary Studies and Director, The CAPITAL Centre, University of Warwick