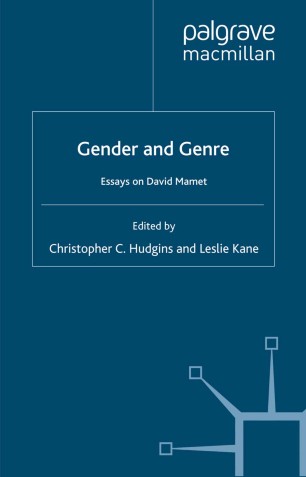 Critical and popular debate about Mamet's work often centers on whether we should read his misogynist, unloving characters as reflecting his own misogyny or should recognize a Mametian irony in his memorable depictions. Irony is intimately related to issues of genre and to audience expectations. In turn, Mamet's celebrity colors responses to his work. The essays in this collection approach these controversial topics of gender and genre with verve, ranging from those which cast Mamet as a macho misogynist to those which understand his work as deeply ironic and even feminist. Topics include plays from the early Sexual Perversity in Chicago to the recent Jolly , two films, House of Games and Homicide , and Mamet's first novel, The Village.