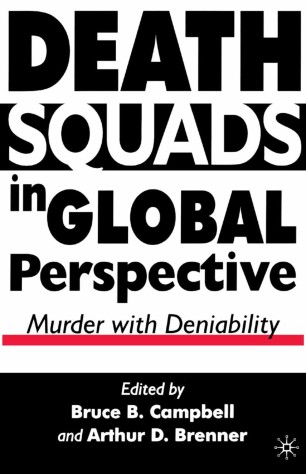 Death squads have become an increasingly common feature of the modern world. In nearly all instances, their establishment is tolerated, encouraged, or undertaken by the state itself, which thereby risks its monopoly on the use of force, one of the fundamental characteristics of modern states. Why do such a variety of regimes, under very different circumstances, condone such activity? Death Squads in Global Perspective hopes to answer that question and explain not only their development, but also why they can be expected to proliferate in the early 21st century.