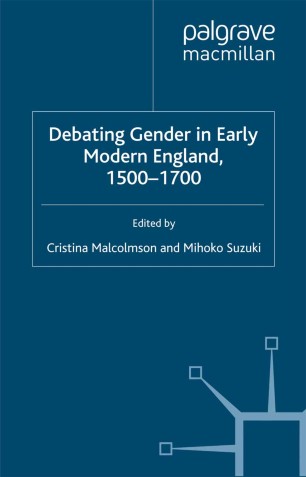 This book explores the construction of gender ideology in early modern England through an analysis of the querelle des femmes - the debate about the relationship between the sexes that originated on the continent during the middle ages and the Renaissance and developed in England into the Swetnam controversy, which revolved around the publication of Joseph Swetnam's The arraignment of lewd, forward, and inconstant women and the pamphlets which responded to its misogynist attacks. The volume contextualizes the debate in terms of its continental antecedents and elite manuscript circulation in England, then moves to consider popular culture and printed texts from the Jacobean debate and its effects on women's writing and the developing discourse on gender, and concludes with an examination of the ramifications of the debate during the Civil War and Restoration. Essays focus attention on the implications of the gender debate for women writers and their literary relations, cultural ideology and the family, and political discourse and ideas of nationhood.