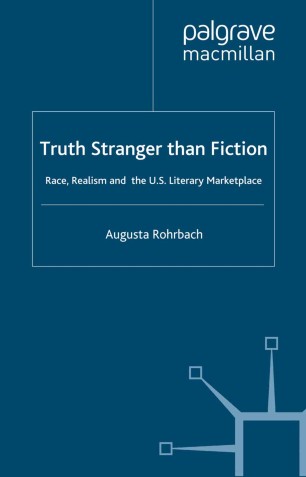 Using the lens of business history to contextualize the development of an American literary tradition, Truth Stranger than Fiction shows how African American literature and culture greatly influenced the development of realism, which remains one of the most significant genres of writing in the United States. More specifically, Truth Stranger than Fiction traces the influences of generic conventions popularized in slave narratives - such as the use of authenticating details, as well as dialect, and a frank treatment of the human body - in later realist writings. As it unfolds, Truth Stranger than Fiction poses and explores a set of questions about the shifting relationship between literature and culture in the United States from 1830-1930 by focusing on the evolving trend of literary realism. Beginning with the question, 'How might slave narratives - heralded as the first indigenous literature by Theodore Parker - have influenced the development of American Literature?' the book develops connections between an emerging literary marketplace, the rise of the professional writer, and literary realism.