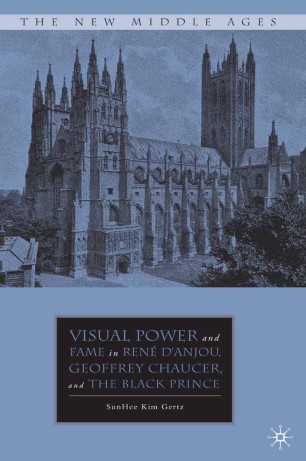 Visual Power and Fame in René D’Anjou, Geoffrey Chaucer, and the Black Prince

Reading semiotically against the backdrop of medieval mirrors of princes, Arthurian narratives, and chronicles, this study examines how René d Anjou (1409-1480), Geoffrey Chaucer s House of Fame (ca. 1375-1380), and Edward the Black Prince (1330-1376) explore fame s visual power. While very different in approach, all three individuals reject the classical suggestion that fame is bestowed and understand that particularly in positions of leadership, it is necessary to communicate effectively with audiences in order to secure fame. This sweeping study sheds light on fame s intoxicating but deceptively simple promise of elite glory.

SUNHEE KIM GERTZ is Professor and Director of Graduate Studies in English at Clark University, USA.

"Gertz is a true comparatist. Basing her work on semiotic principles enunciated by Maria Corti, Umberto Eco, and Roman Jakobson, Gertz brings together the three major figures of this book, René d'Anjou, Chaucer, and the father of Richard II, in ways that continually surprise us. The binding elements are visual power and fame, united in the figure of a leader who rules for the good of all with persuasive eloquence and vision. Gertz presents us with three individuals who, already having acquired fame, ask why such prominence is unable to explain or justify so much of what is important to humanity. Gertz's book itself thus becomes a meaningful meditation on the elusive and enigmatic goddess of Fame." - David Bevington, Phyllis Fay Horton Distinguished Service Professor Emeritus in the Humanities, University of Chicago

"Gertz explores what she terms the iconic myth of fame in three central works from the late medieval period in English and French. Relying on her firm command of medieval rhetorical theory and current semiotic theory, and with a broad range of primary works in the Middle Ages, she analyses narratives in the Fürstenspiegel, or mirror for princes, tradition. Separate chapters delve into depiction of fame in the past, problematic issues arising in the present and future promise of fame. The approach and methodology provide in-depth readings of written and visual sources that are a model for study of the important, but chaotic, fourteenth and fifteenth centuries. The book makes, therefore, a fundamental contribution to the growing interest in late medieval literature, especially in French." - Douglas Kelly, Professor Emeritus of French and Medieval Studies, University of Wisconsin-Madison

"This is a remarkable, far-reaching, mature work by a profoundly learned scholar. It investigates the links between narrative, visual communication, performance, power, political leadership and fame, bringing contemporary semiotic theory, reflections on contemporary political practices, and the lessons of medieval mirrors of princes to bear on the careers, performances, and writings of three immensely significant figures of the later Middle Ages. It should be of great interest to a wide range of medievalists. It is a truly original and thought-provoking book." - Jeff Rider, Professor of Romance Languages & Literatures, Chair of the Medieval Studies program, Wesleyan University