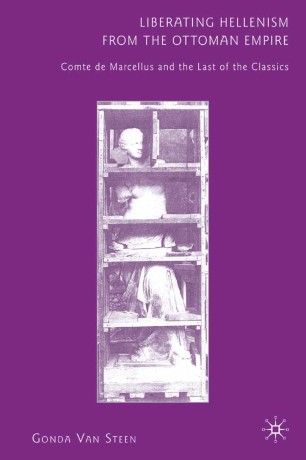 Liberating Hellenism from the Ottoman Empire

Comte de Marcellus and the Last of the Classics

Liberating Hellenism from the Ottoman Empire explores two key historical episodes that have generally escaped the notice of modern Greece, the Near East, and their observers alike. In the midst of the highly charged context of West-East confrontation and with fundamental cultural and political issues at stake, these episodes prove to be exciting and important platforms from which to reexamine the age-old conflict. This book reaches beyond the standard sources to dig into the archives for important events that have fallen through the cracks of the study of emerging modern Greece and the Ottoman Empire. These events, in which French travel writing, literary fiction, antiquarianism, and nineteenth-century western and eastern geopolitics merge, invite us to redraw the outlines of mutually dependent Hellenism and Orientalism.