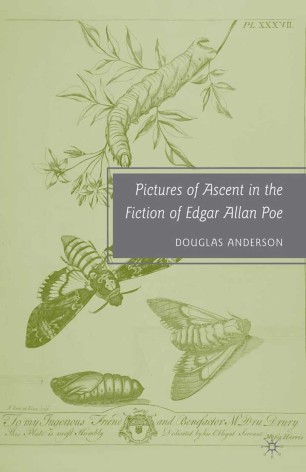 Withan unconventional new perspective, Andersonidentifies Edgar Allan Poe's texts as ajourney and explores the ways Poe both encounters and transcends the realm of the material. Beginning with Poe s earliest short stories through his last fragment of imaginative prose, this book shows the path that Poe traveled as he came to understand how to transform "rudimentary" into "ultimate" life. Anderson skillfully argues that Poe s response to the existential predicament of life lies at the heart of his achievement.

DOUGLAS ANDERSON  is Sterling-Goodman Professor of English at the University of Georgia.

"This thorough examination of most of Poe's writing provides an important new perspective on Poe's creative techniques." - Choice"In prose that is as graceful as Poe's is typically tangled, Anderson explores Poe's lifelong quest to transcend the realm of the material, whether that realm is encountered as the human body, the scene of American culture, the workings of nature or the very language out of which literature is made. Pictures of Ascent in the Fiction of Edgar Allan Poe is the work of a first-rate critical intelligence communing with one of the most fascinating minds in the American canon. Among the many things it exalts is the act of critical attention itself." - Stephen Railton, Professor of English, University of Virginia