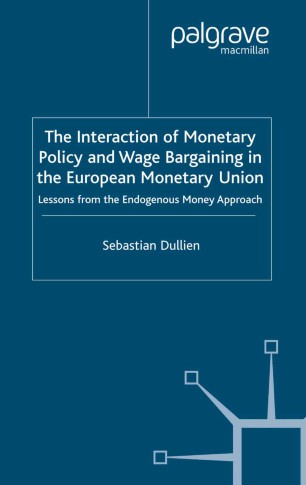 Lessons from the Endogenous Money Approach

Sebastian Dullien gives a novel explanation for unemployment and inflation in the Euro-Zone. He argues that unemployment stems from a lack of co-operation between unions and monetary authorities: In an economy with endogenous money as EMU, wage setters are responsible for price stability while the central bank is responsible for the level of output. Co-operation between both actors is necessary for high employment and low inflation. The current institutional set-up is found to be unable to assure cooperation.