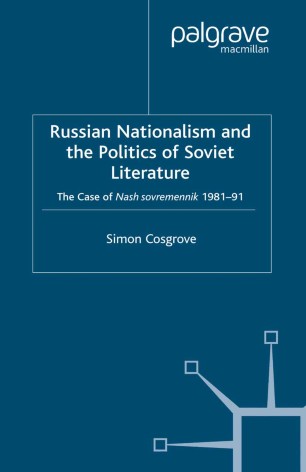 Russian Nationalism and the Politics of Soviet Literature

Russian nationalism, increasingly important as the Russian Federation finds its place in the world, is not a new phenomenon. Who were the Russian nationalists before the creation of today's Russia? What were their views? What was their political influence? This book seeks answers to these questions by looking in detail at the last decade of the USSR through the eyes of a group of Russian nationalist intellectuals gathered around the literary journal Nash sovremennik . The author suggests that, in the Twenty-first-century, a specifically Russian type of nationalism, ethnic and statist, could provide the ideological underpinning for a new authoritarianism.