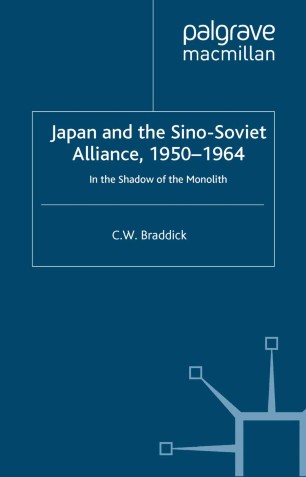 In the Shadow of the Monolith

Japan and the Sino-Soviet Alliance 1950-1964 reveals the divisive impact of the Sino-Soviet Alliance on Japanese domestic politics and foreign relations during the turbulent years between 1950 and 1964. Drawing on extensive Japanese sources and unprecedented access to previously classified government documents, C.W. Braddick exposes the myths shrouding this formative era in Japan's postwar development.

C.W. BRADDICK is Professor of International Political History at Musashi University, Tokyo, where he has taught since 1989. He was a member of the Anglo-Japanese History Project and is currently a Visiting Fellow at the Australian National University, Canberra. He has authored numerous articles on Japanese politics and foreign relations.