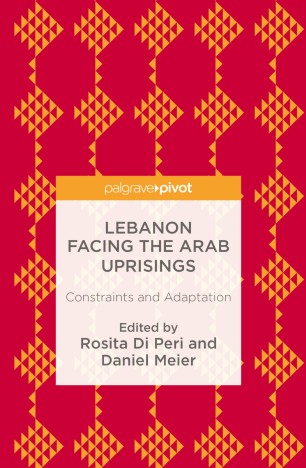 This book provides an intimate picture of Lebanon, exploring the impacts of the Arab uprisings of 2011 which are deeply affecting Lebanese politics and society. The book examines Lebanon’s current issues and its deep sectarian divisions, as well as the ways in which it still seems able to find some adaptation paths to face the many challenges left by its regional sectarian and political polarization. Authors delve into border regions, Syrian refugees, the welfare state, the Lebanese Army, popular mobilisations in 2011 and the two main communities, the Sunnis and the Shia. Built on various fieldwork researches, the volume explores each of the topics through the lenses of identification building processes, the re-ordering of social and/or political relations, and the nationhood symbols and meanings.
Rosita Di Peri is Lecturer in Political Science & International Relations in the Department of Culture, Politics and Society at the University of Torino, Italy. She has published in ‘Rivista Italiana di Politiche Pubbliche’, ‘Rivista Italiana di Scienza Politica’, ‘Politics Religion and Ideology’, 'The British Journal of Middle Eastern Studies’ and ‘Oriente Moderno’.
Daniel Meier is Research fellow at CNRS, Grenoble, France, in the EUborderscapes Research Programme and teaches at the University of Geneva. His research interest focuses on border and identity issues in the Middle East. He recently published Shaping Lebanon’s Borderlands. Armed resistance and International intervention in South Lebanon (2016).