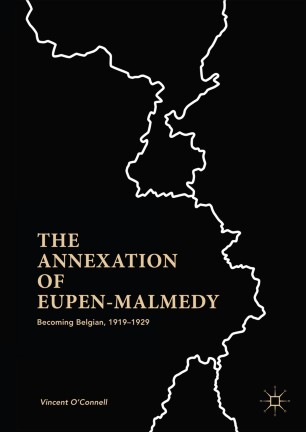 This book examines the history of Belgium’s annexation of the former German territories of Eupen and Malmedy during the interwar period. Focusing on Herman Baltia’s transitory regime and Belgium’s ambivalence about the fate of its new territories, the book charts the strained relations between Baltia’s regime and Brussels, the regime’s path to dissolution, and the failed retrocession of the territory to Germany. Through close analysis of primary source material, Vincent O’Connell investigates the efforts of Baltia’s provisional government to assimilate the region’s inhabitants into Belgium. The ultimate failure of that assimilation, he argues, may be traced back not only to incessant pro-German agitation, but to flawed Belgian policy from the outset. Framed in the context of a post-Versailles Europe, the book offers an interesting case study not only of the ebbs and flows of international politics across the frontier zones of Europe in the interwar years, but of how populations react to changes in national sovereignty.