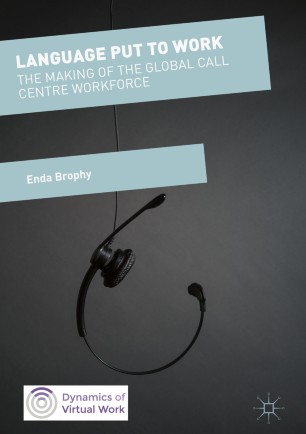 The Making of the Global Call Centre Workforce

This book examines the striking rise of call centres over the past quarter century through the lens of the resistance and collective organizing generated by workers along the digital assembly lines. Drawing on field research in Atlantic Canada, Ireland, Italy, and New Zealand, Enda Brophy investigates the contested making of the transnational call centre workforce and its integration into the circuits of global capitalism. Moving beyond depictions of call centre labour as either entirely liberated or utterly subordinated, Language Put to Work inquires into the forms of work refusal and insubordination provoked by the spread of these communicative workplaces, including informal strategies of quitting, slacking and sabotage, conventional trade union activity, tactical innovations at the margins of the labour movement, and forms of self-organization forged by workers outside of the established trade union movement. Weaving rich empirical evidence together with politica

l-economic analysis and theories of resistance, this book argues that the submission of language to the production of value in the call centre is a process of proletarianization rather than professionalization, and that the new working class has widely opposed this transformation.